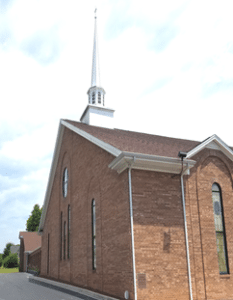 In 1967, a small group of believers known as the Woodbine Baptist Mission began to pray, give, and make plans to build a permanent House of God in the Woodbine community of Mayodan. A 1.60 acre tract of land was purchased and in 1970, they began a first-unit building. 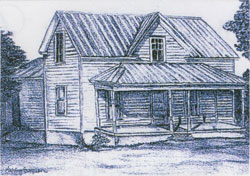 Upon its completion at a cost of $27,400, this small but excited group of believers moved in and constituted the Woodbine Baptist Church (SBC) with 34 charter members led by Pastor Jim Crews. Through the years, the people continued to pray, labor, and give sacrificially with many blessings from the Almighty. After eight land acquisitions and three building programs, the church now has a 10-acre campus, and buildings under one roof totaling nearly 30,000 square feet. The Woodbine Worship Center will seat over 500, and the Fellowship Hall accommodates more than 200 seated at tables. In 2008, the church was able to pay off all church debt.

In January 2016, Woodbine called its second pastor, Thane Barnes. Under Dr. Barnes’ leadership, the church has renewed its emphasis on serving the local community through community mission events, and it has increased its commitment to world-wide mission endeavors through the NC Baptist State Convention and the Southern Baptist Convention. The church has emphasized a passion for people to come to Christ (evangelism) and mature in their faith in Him (discipleship).

Come Visit us This Weekend